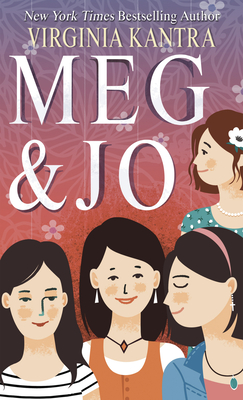 The timeless classic Little Women inspired this heartwarming modern tale of four sisters from New York Times bestselling author Virginia Kantra. The March sisters--reliable Meg, independent Jo, stylish Amy, and shy Beth--have grown up to pursue their separate dreams. When Jo followed her ambitions to New York City, she never thought her career in journalism would come crashing down, leaving her struggling to stay afloat in a gig economy as a prep cook and secret food blogger. Meg appears to have the life she always planned--the handsome husband, the adorable toddlers, the house in a charming subdivision. But sometimes getting everything you've ever wanted isn't all it's cracked up to be. When their mother's illness forces the sisters home to North Carolina for the holidays, they'll rediscover what really matters. One thing's for sure--they'll need the strength of family and the power of sisterhood to remake their lives and reimagine their dreams.

New York Times bestselling author Virginia Kantra is the author of almost thirty novels. Her stories have earned numerous awards including two Romance Writers of America's RITA(R) Awards, ten RITA(R) nominations, and two National Readers' Choice Awards. Carolina Dreaming, the fifth book in her Dare Island series, won the 2017 RITA(R) Award for Best Contemporary Romance - Midlength and was named one of BookPage's Top Ten Romance Novels of 2016. Virginia is married to her college sweetheart, a coffee shop owner who keeps her well supplied with caffeine and material. They make their home in North Carolina, where they raised three (mostly adult) children. She is a firm believer in the strength of family, the importance of storytelling, and the power of love. Her favorite thing to make for dinner? Reservations.
or
Not Currently Available for Direct Purchase
Copyright © 2020 American Booksellers Association