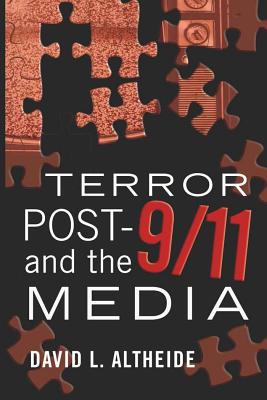 Throughout the world, the mass media are responsible for shaping the form and content of experiences. In this book, David L. Altheide examines how the mass media, including news and popular culture, have cast terrorism, propaganda and social control post 9/11. Altheide shows how fear works with terrorism to alter discourse, social meanings, and our sense of being in the world. Emphasis is placed on the different institutional interventions and how these particular stories become framed and inform the wider media narratives of terror. The author argues that post 9/11 we are witnessing the emergence of new communication formats that not only constitute counter-narratives, but also shape future communicative experience. The text is suitable for scholars and students interested in the ongoing relationship between the media and terror post 9/11.

The Author: David L. Altheide is Regents' Professor in the School of Justice and Social Inquiry at Arizona State University, where has taught for 35 years. A sociologist, who uses qualitative methods, his work has focused on the role of mass media and information technology for social control. Three of his books received the Cooley Award as the best book of the year in the tradition of symbolic interaction, from the Society for the Study of Symbolic Interaction. Creating Fear: News and the Construction of Crisis (2002) was honored in 2004, and Terrorism and the Politics of Fear (2006), honored in 2007, examines the role of the mass media and propaganda in promoting fear and social control. Dr. Altheide received the 2005 George Herbert Mead Award for lifetime contributions from the Society for the Study of Symbolic Interaction, and was selected as the Distinguished Mentor by this society in 2007.
or
Not Currently Available for Direct Purchase
Copyright © 2020 American Booksellers Association