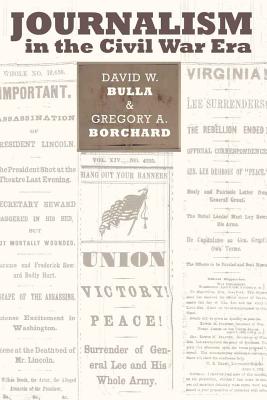 Journalism in the Civil War Era examines the contributions of newspapers and magazines to the American public's understanding of the nation's greatest internal conflict. It documents the effect the Civil War had on journalism, and the effect journalism had on the Civil War. It describes the politics that affected the press, the constraints placed upon it, and the influence of technology. The book discusses the editors and reporters who covered the war, profiling the typical newspaper of the era as well as the response of the press corps to wartime challenges. Providing a broad account of journalism during this period, this book serves as an important reference for scholars and students, and as a supplementary text for courses in journalism history, U.S. press history, civil rights law, and nineteenth century history.