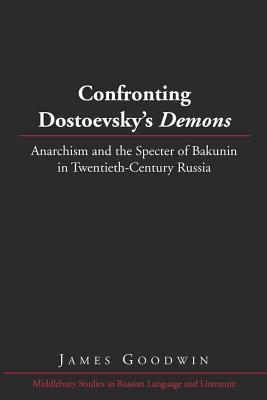 Although criticized at one time for its highly tendentious spirit, Dostoevsky's Demons (1871-1872) has proven to be a novel of great polemical vitality. Originally inspired by a minor conspiratorial episode of the late 1860s, well after Dostoevsky's death (1881) the work continued to earn both acclaim and contempt for its scathing caricature of revolutionists driven by destructive, anarchic aims. The text of Demons assumed new meaning in Russian literary culture following the Bolshevik triumph of 1917, when the reestablishment and expansion of centralized state power inevitably revived interest in the radical populist tendencies of Russia's past, in particular the anarchist thought of Dostoevsky's legendary contemporary, Mikhail Bakunin (1814-1876).
Confronting Dostoevsky's 'Demons' is the first book to explore the life of Dostoevsky's novel in light of disputes and controversies over Bakunin's troubling legacy in Russia. Contrary to the traditional view, which assumes the obsolescence of Demons throughout much of the Communist period (1917-1991), this book demonstrates that the potential resurgence of Bakuninist thought actually encouraged reassessments of Dostoevsky's novel. By exploring the different ideas and critical strategies that motivated opposing interpretations of the novel in post-revolutionary Russia, Confronting Dostoevsky's 'Demons' reveals how the potential resurrection of Bakunin's anti-authoritarian ethos fostered the return of a politically reactionary novel to the canon of Russian classics.

The Author: James Goodwin is Assistant Professor of Russian Studies at the University of Florida. He received his Ph.D. in Slavic literatures from the University of Southern California, Los Angeles
or
Not Currently Available for Direct Purchase
Copyright © 2020 American Booksellers Association