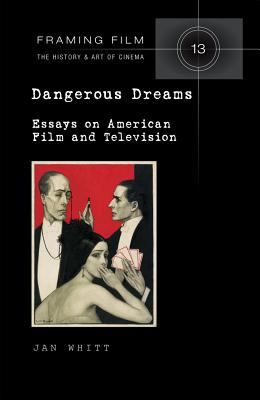 In the documentary Celluloid Closet (1995), actress Susan Sarandon said films are important - and they're dangerous - because we're the keepers of the dreams. The visual media hold a powerful sway, influencing attitudes on class, gender, race, and ethnicity, politics, religion, and sexual orientation. Dangerous Dreams: Essays on American Film and Television employs aesthetic, feminist, historical, Marxist, psychoanalytic, semiological, and sociological criticism to explore five decades of film and television texts that have captivated audiences. From Ordinary People (1980) to Shutter Island (2011) and from The Beverly Hillbillies (1962-1971) to Sex and the City (1998-2004), the study is divided into four sections, each comprised of several essays that explore the effects of narrative and visual texts. Sections include The Role of Literature in Film and Television , Portrayals of Race, Ethnicity, and Sexual Orientation in Film ; Portrayals of Race, Ethnicity, and Class in Film and Television ; and Gender Images in Film and Television . The 16 single-authored essays that comprise Dangerous Dreams celebrate the interconnectivity of film, literature, and television and do not suggest the primacy or superiority of any of these texts, which have in common both a creative process and an immeasurable cultural impact.

An award-winning teacher, Jan Whitt is a professor of literature and media studies at the University of Colorado at Boulder. She is author of six books and numerous articles about film, literature, media history, television, and women's issues. She is especially interested in the role of popular culture in American life.
or
Not Currently Available for Direct Purchase
Copyright © 2020 American Booksellers Association