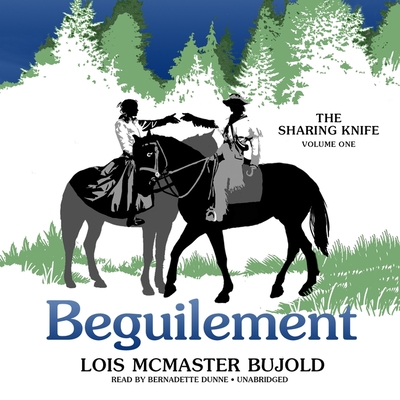 An epic fantasy of devotion, destiny, and perilous magic from one of the most honored writers in the field--multiple Hugo Award-winning author Lois McMaster Bujold Young, pregnant Fawn Bluefield has just fled her family's farm to the city of Glassforge, where she encounters a patrol of the enigmatic soldier-sorcerers known as Lakewalkers. Fawn has heard stories about the Lakewalkers, wandering necromancers with no permanent homes and no possessions but the clothes they wear and the mysterious knives they carry. What she does not know is that the Lakewalkers are engaged in a perilous campaign against inhuman and immortal magical entities known as "malices." When Fawn is kidnapped by one of these creatures, it is up to Dag, an older Lakewalker heavy with sorrows and responsibilities, to rescue her. But in the ensuing struggle, it is not Dag but Fawn who kills the creature--at dire cost--and an uncanny accident befalls Dag's sharing knife, which unexpectedly binds their two fates together.