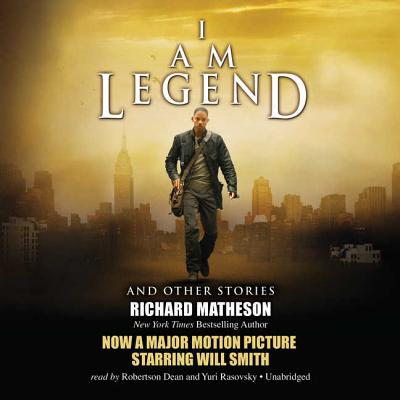 In Matheson's vampire classic I Am Legend, a plague has decimated the world, and transformed the unfortunate survivors into bloodthirsty creatures of the night. Robert Neville is the last living man on earth. Every other man, woman, and child has become a vampire, hungry for Neville's blood. By day, he is the hunter, stalking the sleeping undead through the abandoned ruins of civilization. By night, he barricades himself in his home and prays for the dawn. How long can one man survive in a world of vampires? This recording also includes a sampling of other horror stories by Richard Matheson, some comic, all scary: "Buried Talents," "The Near Departed," "Prey," "Witch War," "Dance of the Dead," "Dress of White Silk," "Mad House," "The Funeral," "From Shadowed Places," and "Person to Person.