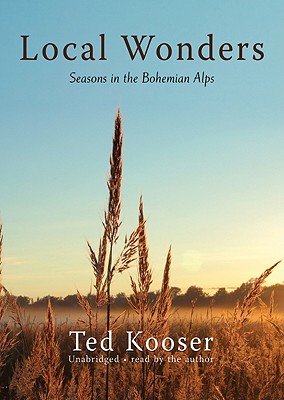 Seasons in the Bohemian Alps

Ted Kooser describes with exquisite detail and humor the place he calls home in the rolling hills of southeastern Nebraska, an area known as the Bohemian Alps. Nothing is too big or too small for his attention, including memories of his grandmother's cooking. Kooser also reminds us that the closing of local schools, thoughtless county weed control, and irresponsible housing development destroy more than just the view.

What makes life meaningful for Kooser are the ways in which his neighbors care for one another and how an afternoon walking with an old dog, baking a pie, or decorating the house for Christmas can summon memories of his Iowa childhood.

This writer sees the extraordinary within the ordinary, the deep beneath the shallow, and the abiding wisdom in the pithy Bohemian proverbs that are woven into his essays.