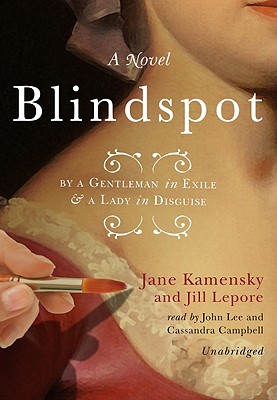 By a Gentleman in Exile & a Lady in Disguise

Set in boisterous Boston on the eve of the American Revolution, Blindspot is at once fiction and history, mystery and love story, tragedy and farce. Peopled not only with the celebrated Sons of Liberty but also with revolutionary Boston's unsung inhabitants, it tells the story of Scottish painter Stewart Jameson and his spirited apprentice, Fanny Easton, a fallen woman who has disguised herself as a boy, Francis Weston. When Boston's revolutionary leader, Samuel Bradstreet, dies suddenly on the day Jameson was to paint his portrait, Bradstreet's slaves are accused of murder. Jameson, Weston, and the brilliant doctor Ignatius Alexander set out to determine the truth. What they discover turns topsy-turvy everything you thought you knew about the Founding Fathers.