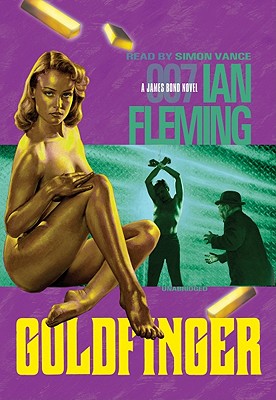 A suave secret agent, a gold-obsessed villain, and the most daring heist of all--to steal all the gold in Fort Knox

James Bond has faced his fair share of villains bent on world destruction or domination, but now he is challenged by a maniacal superfiend: the world's cleverest, cruelest criminal. Auric Goldfinger likes everything in gold--from his money to his women. When Bond is assigned to put a stop to Goldfinger's gold-smuggling operation, before long a beautiful golden girl turns up dead and a friendly game of two-handed canasta turns into a deadly game of survival with ever-rising stakes--15 billion dollars' worth of US government bullion. But 007 knows that Auric Goldfinger's rules remain brutally simple: heads I win, tails you die.

One of Ian Fleming's most popular Bond adventures, this thrilling tale of action and espionage is the basis for one of the most beloved Bond films starring Sean Connery.