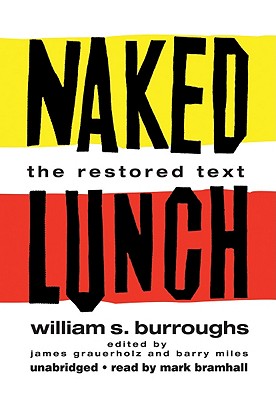 Naked Lunch is one of the most important novels of the twentieth century. Exerting its influence on authors like Thomas Pynchon, J. G. Ballard, and William Gibson; on the relationship between art and obscenity; and on the shape of music, film, and media generally, it is one of the books that redefined not just literature but American culture. Naked Lunch is the unnerving tale of Bill Lee, addicted to hustlers and narcotics, and his monumental descent into Hell. His journey takes him from New York to Tangiers, as he runs from the police and searches for a place to buy and take drugs. Ultimately, he enters the hallucinatory fantasy world of the "Interzone," a nightmarish urban wasteland where individual freedom confronts the forces of totalitarianism. Reedited by Burroughs scholar Barry Miles and Burroughs' longtime editor James Grauerholz, Naked Lunch: The Restored Text corrects errors present in previous editions and incorporates Burroughs' notes on the text, several essays he wrote about the book, an appendix of new material, and alternate drafts from the original manuscript. For the Burroughs enthusiast and the neophyte, this volume is a valuable and fresh experience of this classic of our culture.