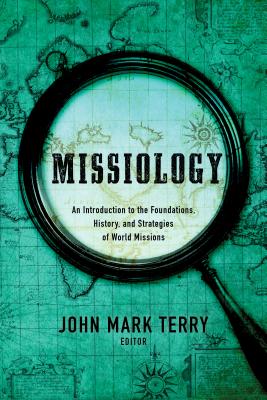 Thoroughly updated and revised—with half of the chapters new to the second edition—Missiology equips the reader with a vast resource on contemporary missions. This graduate-level introduction is divided into five sections (Introduction to the Study of Missiology, Biblical Basis of Missions, Theology of Missions, and Applied Missiology) and offers essays on modern missions issues and methods such as contextualization, spiritual warfare, and orality, as well as chapters on major world religions and cults in North America.

A retired missionary and long-time professor of missions, editor John Mark Terry enlists a wide range of evangelical authors, most with significant experience in international or North American missions. Pastors will find helpful information on church planting in North America and on developing a missions-minded church. Students will benefit from the chapters on understanding the call to missions and the current status of world evangelization. All readers will profit from a valuable one-volume reference work on missions.

John Mark Terry is professor of Missions at Mid-America Baptist Theological Seminary. He served with the International Mission Board for twenty-four years in Southeast Asia. He is the co-author (with J. D. Payne) of Developing a Strategy for Missions (Baker, 2013) and the co-editor (with Robert L. Plummer) of Paul’s Missionary Methods (InterVarsity, 2012).
Loading...
or
Not Currently Available for Direct Purchase