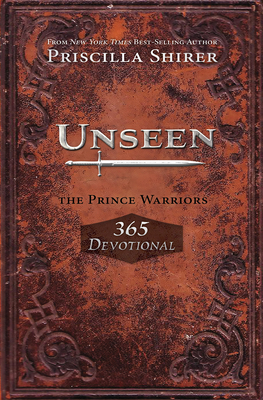 You are God’s warrior, and His armor is waiting for you.

These 365 devotions from New York Times best-selling author Priscilla Shirer will give middle-grade readers daily power from God’s Word and grow them into warriors who use their spiritual armor daily. Each day’s strategy session is divided up into two sections: Reconnaissance (Recon) and Actionable Intelligence (Actionable Intel) to help readers recognize the enemy, build their defenses, and claim the victory God has planned for them.

Priscilla Shirer is a homemade cinnamon-roll baker, Bible teacher, and bestselling author who didn’t know her books (The Resolution For Women and Fervent) were on The New York Times Best Seller list until somebody else told her. Because who has time to check such things while raising three rapidly growing sons? When she and Jerry, her husband of sixteen years, are not busy leading Going Beyond Ministries, they spend most of their time cleaning up after and trying to satisfy the appetites of these guys. That is what drove Priscilla to dream up this series--to try to raise up a new generation of Prince Warriors under her roof. And under yours.