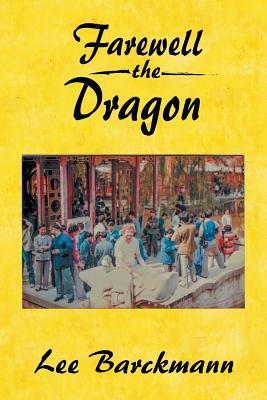 Nate Schuett, an English teacher in Beijing, in self-imposed exile from Reagan's America, stumbles onto the bodies of two foreigners and begins to feel the curtain hiding his secret erotic life pull away. Set during the last throes of the Cold War, Farewell the Dragon is a politically charged criminal inquiry connected to a deadly quest for an ancient treasure that links China's history with the West.
The Old Beijing of walls and hutong alleyways is disappearing, a victim of the construction cranes and bulldozers. The actor Peter O'Toole is giving romantic advice while straddling his old bicycle at the inner gate of Zhongnanhai, the former residence of the Imperial concubines. Capitalism is sprouting like weeds in the Forbidden City courtyard. Meanwhile old enemies, far from home, warily toast each other on the roof of the Friendship Hotel.
But there is another China too, lurking in the back streets, on the overcrowded trains, and in the old Tang Dynasty capital, Xian, where a blind Daoist musician and his beautiful assistant wait for Nate, to help him discover the truth about the treasure and himself.