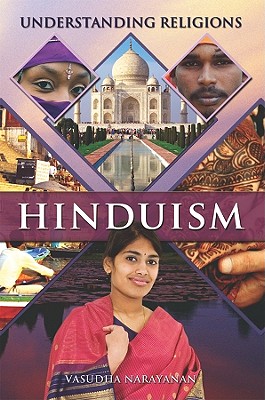 Dating back some five thousand years, Hinduism is the dominant faith of India and an increasingly powerful spiritual force in the West. But it is an unusually diverse religion--one divided by caste, community, language, and region--and is thus quite difficult for outsiders to grasp. Now, in Hinduism, Vasudha Narayanan offers an illuminating, compact introduction to this highly complex and ancient religion.
Attractively illustrated with many full-color photographs, this informative guide takes readers through the most important aspects of Hinduism--its divinities, sacred places, ethical teachings, and sacred texts, as well as aspects of Hindu culture such as yoga. Readers learn that, though Hindus are monotheistic, there are the many manifestations of divinity, from Vishnu ("All-Pervasive"), Shiva ("Auspicious One"), and Shakti ("Energy"), to Shri-Lakshmi (the goddess of wealth and good fortune, whose picture graces millions of homes, shops, and businesses) and the elephant-headed Ganesha. Narayanan explores the sacred texts, from the earliest writings known collectively as Veda, which emphasized the role of sacrifice, to later works such as the Upanishads, which sought liberation from the cycle of life and death and introduced the notion of immortality. She examines the concept of "dharma" (a word with multiple layers of meaning, including "righteous behavior," "truth," "duty," and "law") and "karma" (the result of good or bad deeds, which can determine the quality of life both now and in later births) and she also includes brief but insightful discussion of Sikhism, Jainism, and Buddhism, all of which have their roots in Hinduism.
Engaging, informative, and richlyillustrated, this book offers a balanced approach to Hinduism that illuminates one of the great world religions.