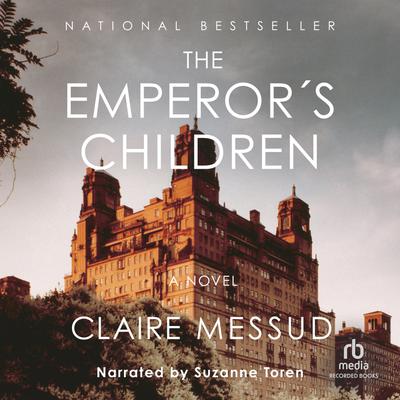 In Manhattan, just after the century's turn, three thirty-year-old friends, Danielle, Marina and Julius, are seeking their fortunes. But the arrival of Marina's young cousin Bootie fresh from the provinces and keen, too, to make his mark forces them to confront their own desires and expectations. The Emperor's Children is a sweeping portrait of one of the most fascinating cities in the world, and a haunting illustration of how the events of a single day can change everything, for ever. 'Brilliant ...a masterpiece' Independent on Sunday 'Intelligent and unsparing ...The Emperor's Children is likely to be one of the most talked-about novels of the autumn ...Buy two copies; give one to a friend' The Economist 'Messud's prose is a timely and intensely pleasurable reminder of the possibilities of the English language. To use the word clarity about her style dense, chaste, luminously intelligent is to return the word to its origins; this is style as illumination, shining a searching yet sympathetic light on the minds and inner worlds of her characters, and as a radiant mode of moral inquiry' The Times 'As large-hearted as it is ambitious, this is a novel that combines the old-fashioned art of storytelling with a clear-eyed view of the modern world' Sunday Times
Loading...