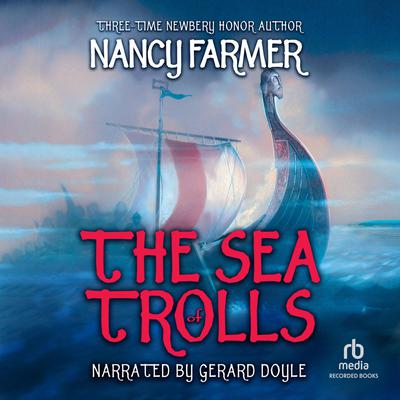 The Sea of Trolls (Digital Audiobook)

Jack was eleven when the berserkers loomed out of the fog and nabbed him. "It seems that things are stirring across the water," the Bard had warned. "Ships are being built, swords are being forged." "Is that bad?" Jack had asked, for his Saxon village had never before seen berserkers. "Of course. People don't make ships and swords unless they intend to use them." The year is A.D. 793. In the next months, Jack and his little sister, Lucy, are enslaved by Olaf One-Brow and his fierce young shipmate, Thorgil. With a crow named Bold Heart for mysterious company, they are swept up into an adventure-quest in the spirit of The Lord of the Rings. Award-winner Nancy Farmer has never told a richer, funnier tale, nor offered more timeless encouragement to young seekers than "Just say no to pillaging
Loading...