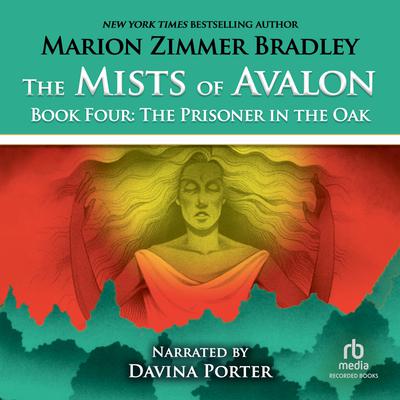 The Prisoner in the Oak (Avalon (Bradley))

Book Four finds Morgaine moving closer to the fate that will set her intractably against Arthur--her lover, brother, and now, enemy. Returning to Camelot during the Feast of Pentecost, Morgaine accuses Arthur of compromising the crown, and demands that he return Excalibur to her. When he refuses, Morgaine arranges a confrontation between her lover, Accolon, and Arthur in the kingdom of Fairy, resulting in Accolon's death. Grieving and still without Excalibur, Morgaine makes a hasty retreat to Avalon. When she finally returns to Camelot, it is to retrieve Avalon's Holy Regalia, now being used in a Christian mass. Enraged at this betrayal, Morgaine calls upon the Lady's magic, which results in the mysterious "disappearance" of the holy chalice, prompting the companions of the Round Table to embark on a 12-month quest to find it. Events spiral out of control when Lancelet returns, resumes his adulterous relationship with Gwenhwyfar, and is finally exposed. The novel closes with the King Stag's death and Morgaine's long-anticipated return to Avalon.
Loading...