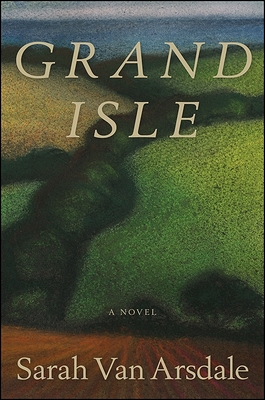 For the summer people from Manhattan, the small community of Grand Isle typifies the perfect lazy summertime mixture of sun-soaked beach days drifting into long barbecue parties that last late into the warm, firefly-lit nights. But this year, summer's idyll is shattered by a tragedy in early June, setting in motion upheaval, mistrust, and deception among the people of this small community off the North Fork of Long Island. The summer residents are forced to reexamine their friendships, their marriages, and their lives, and tensions between the summering teens and their year-round counterparts spike with the pressure of a terrible secret that could mean the ruin of one of them. In this captivating novel, Sarah Van Arsdale brings a fiction writer's understanding of the human heart and a poet's sensitivity to language to the world she's created. In the end, this summer on Grand Isle will close with the human maps of the island redrawn, and the characters forever changed.

Sarah Van Arsdale is the author of Toward Amnesia and Blue: A Novel, which won the 2002 Peter Taylor Prize for the Novel. Her articles, fiction, and poetry have appeared in many publications, including the San Francisco Chronicle, Columbia Review, and Lilith magazine. She has taught at numerous colleges and universities, most recently at New York University and the City University of New York. She lives in New York City.
Loading...
or
Not Currently Available for Direct Purchase