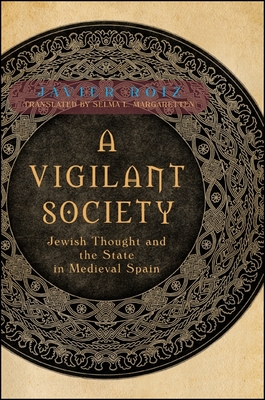 Jewish Thought and the State in Medieval Spain

A Vigilant Society presents a provocative hypothesis that argues that Western society as we know it emerged from the soil of Jewish intellectual advances in the thirteenth century, especially those formulated on the Iberian Peninsula. A paradigmatic shift began to occur, one that abandoned the pre-Gothic Sephardic wisdom found in, for example, the writings of Maimonides in favor of what author Javier Roiz calls the "vigilant society." This model embraces a conception of politics that includes a radical privatization of an individual's interior life and--especially as adopted and adapted in later centuries by Roman Catholic and Calvinist thinkers--is marked by a style of politics that accepts the dominance of power and control as given. Vigilant society laid the foundation for the Western understanding of politics and its institutions and remains pervasive in today's world.