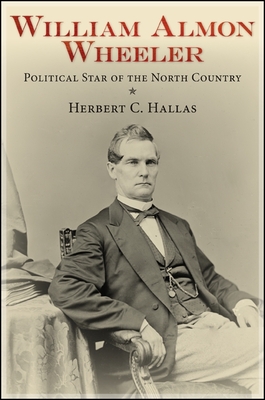 Political Star of the North Country

William Almon Wheeler's life is an American success story about how a poor boy living near the Canadian border in Malone, New York, achieved fame and fortune. Often referred to as "the New York Lincoln," Wheeler was a lawyer, banker, railroad president, state legislator, five-term congressman, and the nineteenth vice president of the United States under Rutherford B. Hayes. Using a variety of sources, including newspapers, letters, government reports, county histories, and biographies of Wheeler's contemporaries, Herbert C. Hallas examines Wheeler's role in shaping state and national public policy. Highlights include construction of the North Country and transcontinental railroads, the creation of the Adirondack and Niagara Falls state parks, the extension of voting rights in New York, the termination of racial civil war in Louisiana, and the curtailment of unnecessary government spending. The book traces Wheeler's path as he wound his way through the minefields of county, state, and national politics and helped found the Republican Party, without compromising his integrity or religious principles. Hallas rescues Wheeler's story from the dustbin of history. Along the way he debunks long-held myths about Wheeler and restores his place as an influential nineteenth-century political force.