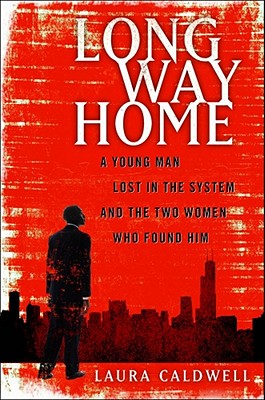 Nineteen-year-old Jovan Mosley, a good kid from one of Chicago’s very bad neighborhoods, was coerced into confessing to a crime he didn’t commit. Charged with murder, he spent five years and eight months in a prison for violent criminals. Without a trial.

Jovan grew up on the rough streets of Chicago’s Southeast Side. With one brother dead of HIV complications, another in jail for arson and murder, and most kids his age in gangs, Jovan struggled to be different. Until his arrest, he was. He excelled in school, dreamed of being a lawyer, and had been accepted to Ohio State.

Then on August 6, 1999, Jovan witnessed a fight that would result in a man’s death. Six months later, he was arrested, cruelly questioned, and forced into a confession. Sent to a holding jail for violent criminals, he tried ceaselessly to get a trial so he could argue his case. He studied what casework he could, rigorously questioning his public defenders. But time after time his case was shoved aside. Amiable, bright, and peaceable, he struggled to stay alive in prison. As the years ground on, he’d begun to lose hope when, by chance, he met Catharine O’Daniel, a successful criminal defense lawyer. Although nearly all cases with a signed confession result in a conviction, she was so moved by him, and so convinced of his innocence, that Cathy accepted Jovan as her first pro bono client. Cathy asked Laura Caldwell to join her and together they battled for Jovan’s exoneration. Here is Laura’s firsthand account of their remarkable journey.

This is a harrowing true story about justice, friendship, failure, and success. A breakdown of the justice system sent a nice kid to one of the nation’s nastiest jails for nearly six years without a trial. It would take a triumph of human kindness, ingenuity, and legal jousting to give Jovan even a fighting chance.

Deeply affecting, Long Way Home is a remarkable story of how change can happen even in a flawed system and of how friendship can emanate from the most unexpected places.

Laura Caldwell, a former trial lawyer, is currently a professor and Distinguished Scholar in Residence at Loyola University Chicago School of Law. She is the author of eleven novels and one non-fiction book. She is a nation-wide speaker and the founder of Life After Innocence, which helps innocent people begin their lives again after being wrongfully imprisoned. Laura has been published in thirteen languages and over twenty countries. To learn more, please visit www.lauracaldwell.com.

Praise For Long Way Home: A Young Man Lost in the System and the Two Women Who Found Him…

"An absolute page turner, full of vitality and bristling with savvy insights about the workings of the criminal justice system." -- Scott Christianson, author of The Last Gasp: The Rise and Fall of the Gas Chamber

“So you think you would never confess to a murder you did not commit, that no innocent person would? Long Way Home will make you think again. Laura Caldwell’s riveting tale about Jovan Mosley’s false confession to a crime he had nothing to do with reads like a thriller, but it’s absolutely and frightfully true. This book will rattle your foundations.” —David R. Dow, University of Houston law professor and author of The Autobiography of an Execution