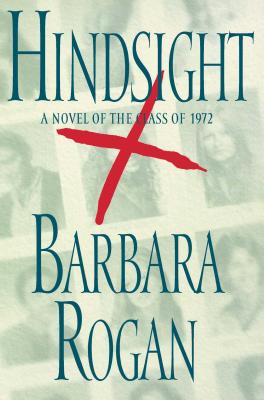 The New York Times calls Barbara Rogan "a passionate writer whose prose is as vivid as lightning bolts." Now she delivers a mesmerizing tale of a long-hidden betrayal -- and its deadly repercussions.

In the summer of 1972, on the night of their high school graduation, nine friends make a solemn vow to meet in twenty years' time. For Willa Scott, flanked by her best friend, Angel, and her boyfriend, Caleb, the future is a canvas to be painted in bold strokes and bright colors. But the ensuing decades bring change and separation. Willa becomes a biographer, and she drifts away from Caleb and Angel.

Almost twenty years later, Willa, now mother of a teenage girl herself and recently widowed, looks up during a book signing and sees Patrick Mulhaven, the bad boy of Beacon High. He reminds her of their long-ago vow and persuades her to help track down their old group. It isn't long before Willa discovers that Angel's trail after high school is ice cold. It's as if she dropped off the face of the earth. Convinced that something has happened to her friend, Willa begins a search that takes her back through the looking glass. What she thought were the idyllic friendships of her youth are revealed as a tangled web of deception, betrayal, and life-shattering secrets. As the reunion weekend approaches, Willa is convinced that someone has killed -- and will kill again -- to keep Angel's whereabouts hidden forever. But when the people you know best are the people you know least, who can you trust?

Barbara Rogan has proven herself a master of subtly evolving fear, and Hindsight delivers a spellbinding story about the powerful -- and sometimes murderous -- yearnings of the human heart.

Barbara Rogan is the author of six previous novels, including Suspicion and Rowing in Eden. She teaches creative writing at Hofstra University and the State University of New York at Farmingdale. She lives with her family on Long Island, New York. Visit her web site www.barbararogan.com.
Loading...
or support indie stores by buying on