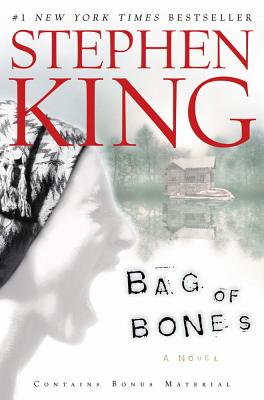 First published in 1998, Bag of Bones was an instant #1 New York Times bestseller. It was lauded at its publication as “hands down, Stephen King’s most narratively subversive fiction” (Entertainment Weekly) and his “most ambitious novel” (The Atlanta Journal-Constitution).

What I admire most about Bag of Bones is its intelligence of voice, not only the craftsmanship -- the indelible sense of place, the well-fleshed characters, the unstoppable story line -- but the witty and obsessive voice of King's powerful imagination. It places both the ghost story and Stephen King in their proper place on the shelf of literary American fiction." -- Amy Tan

"Bag of Bones is, hands down, King's most narratively subversive fiction. Whenever you're positive -- just positive! -- you know where this ghost story is heading, that's exactly when it gallops off in some jaw-dropping new direction." -- Entertainment Weekly

Stephen King is the author of more than sixty books, all of them worldwide bestsellers. His recent work includes If It Bleeds, The Institute, Elevation, The Outsider, Sleeping Beauties (cowritten with his son Owen King), and the Bill Hodges trilogy: End of Watch, Finders Keepers, and Mr. Mercedes (an Edgar Award winner for Best Novel and an AT&T Audience Network original television series). His novel 11/22/63 was named a top ten book of 2011 by The New York Times Book Review and won the Los Angeles Times Book Prize for Mystery/Thriller. His epic works The Dark Tower, It, Pet Sematary, and Doctor Sleep are the basis for major motion pictures, with It now the highest-grossing horror film of all time. He is the recipient of the 2020 Audio Publishers Association Lifetime Achievement Award, the 2018 PEN America Literary Service Award, the 2014 National Medal of Arts, and the 2003 National Book Foundation Medal for Distinguished Contribution to American Letters. He lives in Bangor, Maine, with his wife, novelist Tabitha King.
or
Not Currently Available for Direct Purchase