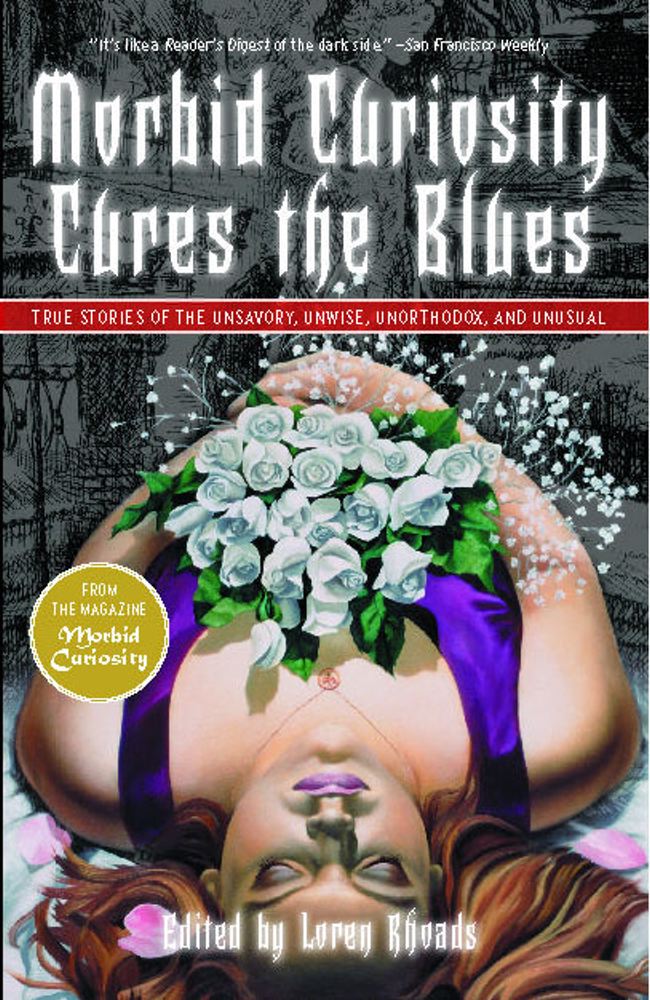 True Stories of the Unsavory, Unwise, Unorthodox and Unusual from the Magazine Morbid Curiosity

For ten years, Morbid Curiosity was a one-of-a-kind underground magazine that gained a devoted following for its celebration of absurd, grotesque, and unusual tales -- all true -- submitted from contributors around the country and across the world. Loren Rhoads, creator and editor of the magazine, has compiled some of her favorite stories from all ten issues in this sometimes shocking, occasionally gruesome, always fascinating anthology. This quirky book is filled with tales from ordinary people -- who just happen to have eccentric, peculiar interests. Ranging from the outrageous (attending a Black Mass, fishing bodies out of San Francisco Bay, making fake snuff films) to the more mundane (visiting a torture museum, tracking real vampires through San Francisco), this curiously enjoyable collection of stories, complete with illustrations and informative asides, will entertain and haunt readers long after the final page is turned.

"It's like a Reader's Digest of the dark side." -- San Francisco Weekly

"An enjoyable, vaguely voyeuristic read you won't be able to put down until you've finished every page...content that will haunt you for days (and nights)." -- San Francisco Bay Guardian

"A confessional where Americans revealed their deepest, darkest secrets...It was also frequently gross, disgusting, perverse -- and very funny if you prefer your humor to come in a decidedly dark hue." -- The Washington Post