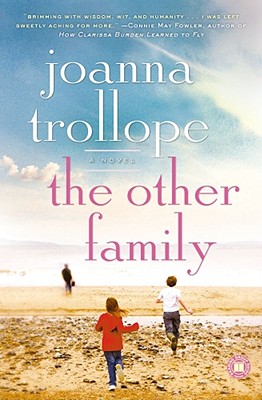 “Richie Rossiter has two families, the family he left behind more than two decades ago and his second family, with three beautiful daughters and the woman he would not marry. They revolved around Richie like planets orbiting a hot sun, never intersecting. He was the star of their firmament, and life spun around him until one day it stopped. Now, because of a strange bequest in his will, the two orbits must cross.”
— Deon Stonehouse, Sunriver Books, Sunriver, OR
View the List

When Richie Rossiter, once a famous pianist, dies unexpectedly, Chrissie knows that she must now tell the truth to their three daughters: their parents were never married. Yet there is one more shock to come when Richie’s will is read. It seems he never forgot the wife and son he left behind years ago—Margaret, who lives a quiet life of routine and work, and Scott, who never knew his famous father. Now two families are left to confront their losses and each other, and none of them will ever be the same.

Witty, intelligent, and insightful, The Other Family is a story of modern family life from one of our most beloved authors of domestic fiction.

Praise For The Other Family: A Novel…

“A heartwarming story of renewal and hope…intelligent and moving.”
--Booklist

"Brimming with wisdom, wit, and humanity, The Other Family is a sumptuous feast of a novel. Joanna Trollope creates an impeccably observed world, exploring the vagaries of love and family ties with such honest grace that I was left sweetly aching for more."
--Connie May Fowler, author of How Clarissa Burden Learned to Fly

“Joanna Trollope’s wise understanding shows that the jigsaw puzzle of relationships in contemporary life can be fitted together in new and more humane ways. She illumines human folly and offers a much needed vision of healing.”
--Sena Jeter Naslund, author of Ahab’s Wife and Four Spirits

“[Trollope writes] something we see all too rarely these days: a genuinely grown-up work of fiction.”
—Jonathan Yardley, The Washington Post

“[Trollope] aims for the heart…and she hits it.”
—The New Yorker

“She can be as subtle as Austen, as sharp as Bronte. Trollope’s brilliant.”
—Fay Weldon, Mail on Sunday

Joanna Trollope has been writing fiction for more than 30 years.  Some of her best known works include Daughters-in-Law, The Other Family, The Rector's Wife, A Village Affair, Other People's Children, and Marrying the Mistress.  She was awarded the OBE in the 1996 Queen's Birthday Honors List for services to literature.  She lives in England.
Loading...
or support indie stores by buying on