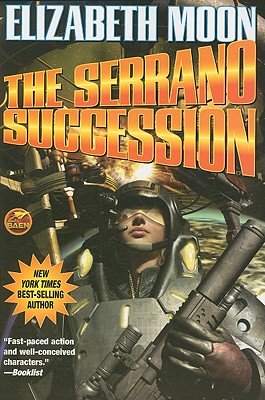 Change of Command: Esmay and Barin are reconciled—but their universe is falling apart! The exposure of defective rejuvenation drugs has sent fear sweeping across the known galaxy, including the Regular Space Service, while neighboring states fear the aggressive expansion of the Familias Regnant. Fear begets violent reactions—from foreign governments, from great Families determined to hold on to power, from internal rivalries in the Fleet—and nothing escapes the resultant bloodbath unscathed, including Esmay and Barin.

Against the Odds: The worst has happened: Fleet is tearing itself apart. Some of the mutineers see injustice in the unequal spread of the rejuvenation drugs that offer virtual immortality to the rich; others are simply thirsty for power, or for blood. But when Esmay Suiza-Serrano is unceremoniously booted out of Fleet, the apparent victim of Family politics, she has no idea of the conflict into which she has been thrown. As the noose tightens on galactic civilization, great battles will be fought and greater loves affirmed . . . and old friends will meet their destinies.

When not writing, Moon enjoys photographing wildlife and native plants, singing in a choir, cooking for friends and family, drawing, reading, knitting, and lying in a hammock pretending to be plotting the next book. She and her husband subscribe to and read several science and medical journals (since they're not near any academic libraries.) She lives in Florence, Texas, with her husband and son.
Loading...
or
Not Currently Available for Direct Purchase