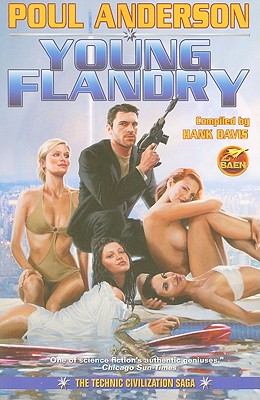 It is the twilight of the Terran Empire. The warriors who made it great are long gone now, and the Traders of the Polesotechnic League who made it possible are the dimly-remembered stuff of legend. Alien enemies prowl its outer precincts, and Sector Governors conspire for the Throne of Man. On Terra herself, those who occupy the labyrinthine corridors of power busy themselves with trivialities and internal politics, as outside the final darkness gathers.

In this scene of terminal disarray one man stands like a giant: Dominic Flandry, Agent of the Terran Empire. In three full-length novels, he will rise from young ensign to lieutenant commander as he outthinks rivals and thwarts adversaries, blazing a trail across the galaxy in defense of an Empire which barely appreciates him and against alien enemies who appreciate him all too well.