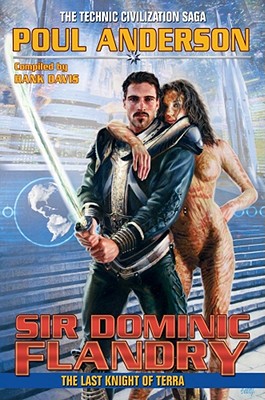 Sir Dominic Flandry, Science Fiction's James Bond, and One of the Genre's Most Popular Characters. The Sixth Volume of the Complete Technic Civilization Saga. Captain Dominic Flandry has been knighted for his many services to the Terran Empire--an Empire which is old, jaded, and corrupt, as Flandry well knows. And while that "Sir" before his name may be an added attraction to comely ladies (not that he has ever lacked for the pleasant company of the same), he expects that it will also bring him less welcome attention from envious "colleagues" within the empire. What it is not likely to do is make him more of an object of interest to the Merseians, whose plots he has repeatedly foiled and who are much too aware of how much simpler their plans to replace the Empire would be if he were the late Sir Dominic Flandry. Flandry himself has come to understand that there may be no more point to all his victories than that a few trillion of his fellow creatures may live out their lives before the inevitable coming of the Long Night of galactic barbarism. At best, he may have postponed its coming and shortened its duration. But if that is the most he can achieve, so be it--he'll keep on fighting, hoping that the barbarians too will pass, followed by a new round of civilization.