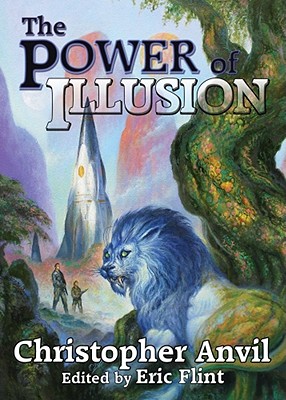 Science Fiction by a Master of Humorous Adventure. The Power of Mighty Starfleet Armadas Can be Undone in an Instant . . . by the Subtle Power of Illusion. A new collection of stories by the master of humorous science fiction adventure, including: - The full-length novel, The Day the Machines Stopped--and what happens, not just to civilization, but to humanity and its chances of survival when all the machines stop working at once? - A man is captured by aliens who are investigating the Earth as a possible target for colonization. The aliens have science and technology far in advance of humans--but, unfortunately for them, they have never developed the human art of bluffing. - For the first time in book form, Anvil's stories of Richard Verner, who is called in to solve apparently insoluble problems, such as explaining why experimental missiles keep failing for no apparent reason, or locating a kidnapped judge, or even solving an inexplicable murder that's interrupting his vacation. And much more, in a generous volume of sardonically humorous science fiction.

For two decades, Christopher Anvil had numerous stories in the leading science fiction magazines, and was a frequent and popular contributor to the leading magazine, Analog, where he consistently ranked high in the reader's polls, and had several stories nominated for Hugo and Nebula awards. Like Keith Laumer, he has a rare ability to combine fast-moving adventure with wry humor. His previous books for Baen were Pandora's Legions, Interstellar Patrol, Interstellar Patrol II: The Federation of Humanity, The Trouble with Aliens, The Trouble with Humans, War Games and Rx for Chaos.
Loading...
or
Not Currently Available for Direct Purchase