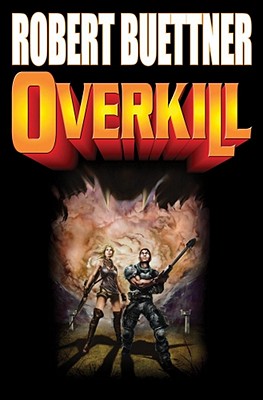 Original Trade Paperback.
A New Science Fiction Adventure Series by the Best-Selling Author of the Orphanage Series
At twenty-three, Jazen Parker has completed his Legion hitch a hero. But in four months, he'll have a price on his head. Worse, he's lost his past, and he can't find his future. Worst of all, he's chosen to search for them on the deadliest planet known to mankind. When Jazen reluctantly hires on to a Trueborn Earthman tycoon's safari to bag a deadly trophy, the reluctant mercenary finds himself shipped out to Downgraded Earthlinke 476, the outpost at the end of the universe known to everyone except its tourism bureau as "Dead End." But the hunt goes terribly wrong, and Jazen must survive a tough, beautiful local guide who hates mercenaries, an eleven ton beast that can crush main battle tanks with one claw tied behind its back, and the return of a nightmare that has haunted Jazen since birth. Then Jazen learns that the stakes are not merely his own life, but the fate of an entire alien race. "Buettner goes well beyond . . . military science fiction . . . he understands . . . living as a soldier--the boredom punctuated by terror, the constant anxiety and self-doubt, the random chaos that battle always is, and the emotional glue that holds together people who may have nothing in common except absolute responsibility for one another's lives." --Joe Haldeman, Hugo and Nebula Award-winning author " O]nce in a while . . . a contemporary author penetrates to the heart of Heinlein's vision . . . to replicate the master's effects. . . . O]ne such book is] Robert Buettner's Orphanage." --The Washington Post "Entertaining. Buettner shows the Heinlein touch." --Denver Post

Robert Buettner was born July 7, 1947 in Manhattan, grew up in Cleveland and eventually slid west to Colorado. He earned a B.A. from the College of Wooster, with Honors in geology, then studied as a National Science Foundation Fellow in Paleontology at the University of Cincinnati, earning a Juris Doctorate. He worked in mining as a rig hand and prospector in the Sonoran Desert of Southwest Texas and the mountains of Alaska, and worked his way through law school as a petroleum geologist. He practiced natural resources law while serving out his Army Reserve Intelligence Commission as a Captain. He has been writing fiction since 1994. When not writing, he's run marathons, climbed mountains, snowboarded and scuba'd. He currently lives in the foothills of the Blue Ridge north of Atlanta with his family and more bikes than a grownup needs.
or
Not Currently Available for Direct Purchase
Copyright © 2020 American Booksellers Association