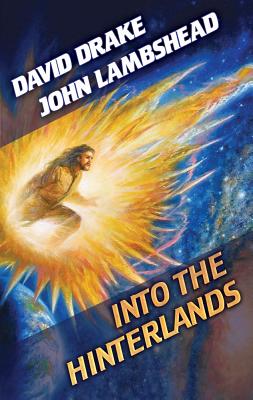 Into the Hinterlands (Citizen #1) (Hardcover)

#1 in an ALL-NEW military science fiction adventure series from veteran best-seller David Drake, a genre-defining author with over 3 million books in print. An untested young "colonial" hero-in-the-making ventures into the intergalactic wilderness of unsettled and dangerous planets to drive off an incursion by wily and corrupt Earth-based Terrans. #1 in a new series from a military science fiction master with over 3 million books in print. A young hero comes of age in the crucible of war and galactic struggle. When Allen Allenson, scion of a noble family that has fallen on hard times, gets a mission to roust the power-hungry Terrans from a "wild" star sector where they're encroaching, he jumps at the chance to show his individual worth, improve his family's fortunes - and gather enough lucre to make a good marriage. But the wily Terrans are not so easily persuaded by a young colonial they think of as a rube. Worse, Riders, the beings who naturally ply the wilderness between the stars, are playing their own deadly political games - against the Terrans, against the colonials, and against one young greenhorn commander in particular: na f young Allen, whom they figure they can manipulate to do their bidding. The one thing nobody has counted on is the fact that Allen, while young and inexperienced, and much to his own amazement, happens to be a hero in the making. About David Drake's RCN series:
" R]ousing old-fashioned space opera."-- Publishers Weekly on the "RCN" series. "The fun is in the telling, and Mr. Drake has a strong voice. I want more " -Philadelphia Weekly Press " S]pace opera is alive and well. This series is getting better as the author goes along...character development combined with first-rate action and memorable world designs." -SFReader.com About David Drake:
" P]rose as cold and hard's the metal alloy of a tank...rivals Crane and Remarque..." - Chicago Sun-Times "Drake couldn't write a bad action scene at gunpoint."- Booklist Comprehensive Teacher's Guide available.

The Army took David Drake from Duke Law School and sent him on a motorized tour of Viet Nam and Cambodia with the 11th Cav, the Blackhorse. He learned new skills, saw interesting sights, and met exotic people who hadn't run fast enough to get away. Dave returned to become Chapel Hill's Assistant Town Attorney and to try to put his life back together through fiction making sense of his Army experiences. Dave describes war from where he saw it: the loader's hatch of a tank in Cambodia. His military experience, combined with his formal education in history and Latin, has made him one of the foremost writers of realistic action SF and fantasy. His bestselling Hammer's Slammers series is credited with creating the genre of modern Military SF. He often wishes he had a less interesting background. Dave lives with his family in rural North Carolina. Dr. John Lambshead is senior research scientist in marine biodiversity at the Natural History Museum, London. He is also the Visiting Chair at Southampton University, Oceanography, and Regent's Lecturer, University of California. He also writes military history and designs computer and fantasy games.
or
Not Currently Available for Direct Purchase
Copyright © 2020 American Booksellers Association