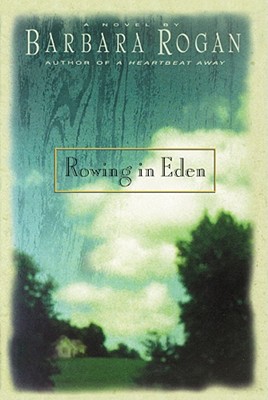 ROWING IN EDENSam is not the only tormented soul in the tiny upstate village of Old Wickham. There's also Peter Quinn, a brilliant, troubled fourteen-year-old with quick fists, no past, and a truckload of attitude. Although a judge found him innocent, Peter knows better. Some things, he figures, "it don't matter why you did 'em, only that you did 'em."
On its surface, Old Wickham, New York, is a Norman Rockwell montage of red-cheeked youngsters skating on ponds, dogs frolicking in the snow, and villagers huddled around wood-burning stoves. Yet someone in this idyllic community has been setting fires. Suspicions divide the village along the usual fault lines. Scapegoats are sought, outsiders shunned. The back room of the country store gives rise to a Greek chorus of collective rage. In this crucible of distrust, unlooked for alliances are forged, old alliances are tested, and no one emerges unchanged.
Alice Hoffman hails Barbara Rogan as a "masterful story teller." The New York Times praises her as a passionate writer whose prose is "as vivid as lightning bolts." Now, with Rowing in Eden, a morally complex story about friendship, love, marriage, and family -- in other words, all the things that matter most -- Barbara Rogan not only fulfills but generously exceeds the expectations of fans and reviewers alike.

ROWING IN EDENBarbara Rogan is the author of four previous novels, Changing States, Cafe Nevo, Saving Grace, and A Heartbeat Away. She lives on Long Island, New York, and is currently at work on her sixth novel.
Loading...
or support indie stores by buying on