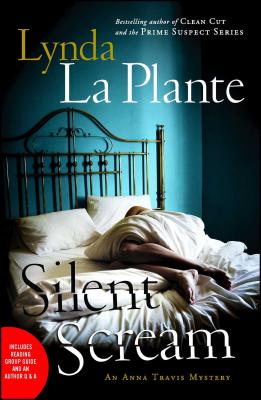 Film star Amanda Delany has the world at her feet. Never one for the quiet life, she has had a string of affairs with the hottest actors around. Then, coming home late from a night shoot, Amanda puts the key in her front door for the very last time. The next morning, Amanda’s body is found, stabbed many times, only her beautiful face left unharmed.

DI Anna Travis is ordered to the team assigned to the Delany murder, headed by Anna’s former lover, the demanding DCI James Langton. Anna is shocked by the truth behind Amanda’s public image: her addictions to drugs and starvation diets; her cold, unemotional parents; her elusive film agent; and the former lovers so quick to distance themselves. But Anna has challenges of her own to overcome too. Promotion to Chief Inspector is within her grasp, but when the time comes for her to stand before the board, she faces a shocking accusation of personal misconduct.

With insider authenticity derived from La Plante’s years in the film world and a heroine worthy of her predecessor, Prime Suspect’s Jane Tennison, Silent Scream is La Plante’s best yet.

Lynda La Plante's many novels, including the Prime Suspect series, have all been international bestsellers.  She is an honorary fellow of the British Film Institute and a member of the UK Crime Writers Awards Hall of Fame.  She was awarded a CBE in the Queen's Birthday Honours list in 2008.  She runs her own television production company and lives in London and Easthampton, New York.  Visit her website at LaplanteBooks.com.

“As ever, La Plante excels”