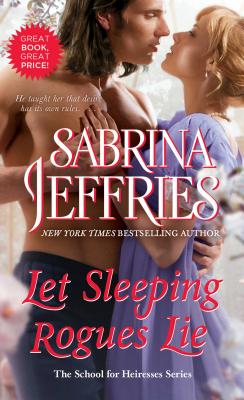 The fourth book in the charming and sensual School for Heiresses series by New York Times bestselling author Sabrina Jeffries tells the story of an alluringly handsome rake who challenges everything a young teacher thinks she knows about passion and desire.

When Madeline Prescott took a teaching position at Mrs. Harris’s School for Young Ladies, it was to help restore her father’s reputation. Instead, she’s in danger of ruining her own.

The devilishly handsome Anthony Dalton, Viscount Norcourt, has agreed to provide “rake lessons” to Mrs. Harris’s pupils so that they can learn how to avoid unscrupulous gentlemen, and Madeline is to oversee his classes. She has always believed that attraction is a scientific matter, easily classified and controlled—until she’s swept into the passionate desire that fiercely burns between her and Anthony. Nothing could be more illogical than risking everything for a dalliance with a rake, even one who’s trying to behave himself. Yet nothing could be more tempting…