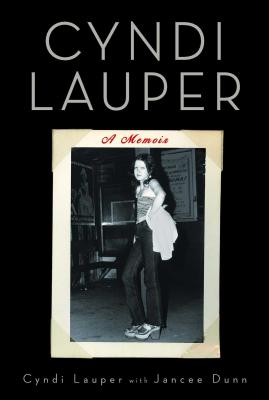 Legendary singer, songwriter, actress, and activist Cyndi Lauper offers a personal account of the journey that led her to become an international superstar in this “moving story of an American musical original” (Kirkus Reviews).

Icon Cyndi Lauper offers a poignant account of the journey that led her to become an international superstar—from her years growing up in Queens, New York, to the making of enduring hits like “Time After Time,” “Girls Just Want to Have Fun,” and “True Colors,” to becoming an actress, a mother, an outspoken activist, and maintaining a music career that has lasted more than thirty years.

With her trademark warmth and humor, Cyndi fearlessly writes of a life she’s lived only on her own terms, perfect for fans of Patti Smith’s Just Kids and Billy Idol’s Dancing with Myself.

"[Cyndi Lauper] was mouthy then and she’s mouthy now, and [...] when authority wags its stern finger in her face, she still responds with a finger."
— The Washington Post

Jancee Dunn has written three books, including the rock memoir But Enough About Me. She writes for many publications, including The New York Times, Vogue, and O, The Oprah Magazine.
Loading...
or support indie stores by buying on