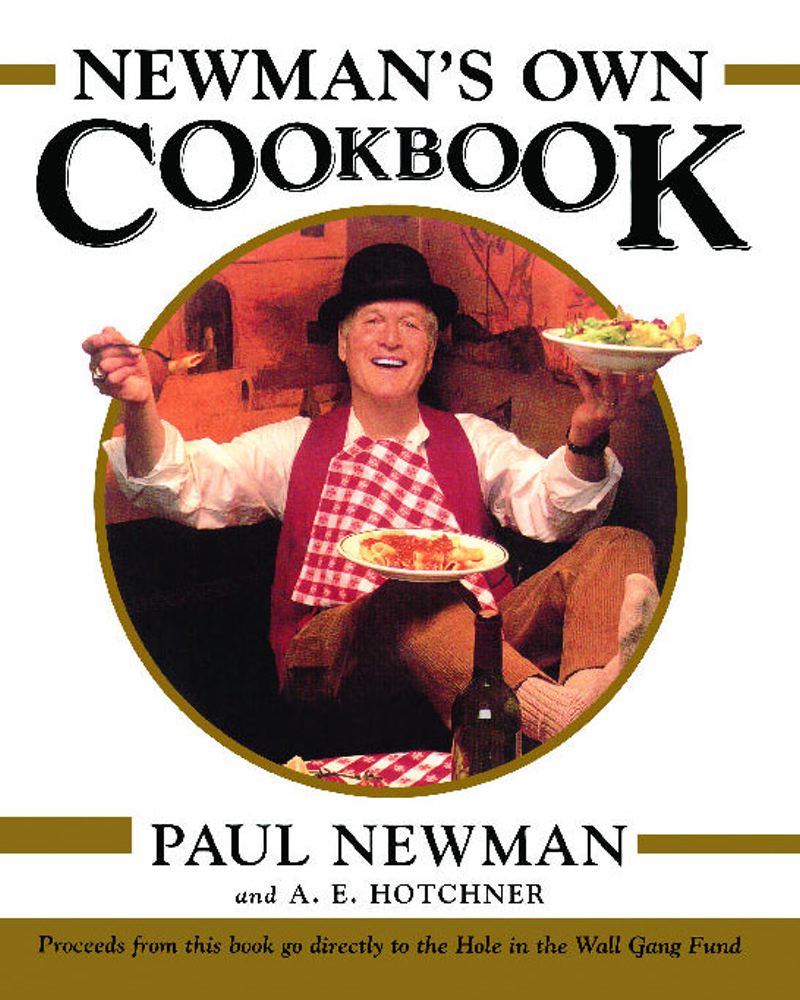 For years, Paul Newman and his longtime buddy A. E. Hotchner filled old wine bottles with their homemade salad dressing to give to friends as Christmas gifts. Reasoning that what was good enough for their pals was good enough for the public, they formed Newman's Own to sell the dressing. Their entrepreneurial adventure was a smashing success; to date, Newman's Own products have generated more than $100 million in after-tax profits, all of which have been donated to charitable and educational causes.

In that same generous spirit, Newman, Hotchner, their families, and friends now share more than 125 of their favorite recipes with you. From simple to sophisticated, these dishes are imaginative and delicious, and while some use Newman's Own products, you can substitute your favorite brand of salsa, salad dressing, or spaghetti sauce without a problem. Some dishes are Newman household favorites, like The Newmanburger, Joanne's Cereal, and Nell Newman's Cauliflower and Parmesan Soup with Essence of Lemon. Some are contributions from friends, like Robert Redford's Lamb Chili with Black Beans, Julia Roberts's Fresh Peach Crisp, Matthew Broderick's Grilled T-bone Steak with Sweet Onion Marmalade and Campfire Mustard Sauce, and Whoopi Goldberg's Big Bad Ass Beef Ribs. There are winners from the Newman's Own/Good Housekeeping recipe contest, Sundance's Salsa Steak in a Sack, Towering Inferno Creole Posole, Paul's Picture Show Popcorn Crunch, and Sockarooni Orange Kiss-Me Cake among them.

Illustrated with wonderfully candid photographs and illuminated by Newman's own trenchant observations, Newman's Own Cookbook is a treat for the eye and the palate.

Paul Newman's principal vocation is cooking. In the time he is not occupied in the kitchen, Paul has managed to dabble in films. He founded Newman's Own in 1982 and donates one hundred percent of his profits after taxes from the company to educational and charitable causes.
Loading...
or support indie stores by buying on