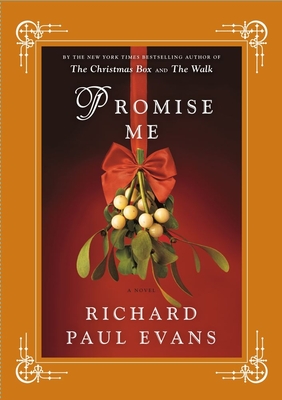 The #1 bestselling author of The Christmas Box and master of the holiday novel presents a breathtaking story of the transcendent power of love.

Beth Cardall has a secret. For eighteen years, she has had no choice but to keep it to herself, but on Christmas Eve 2008, all that is about to change.

For Beth, 1989 was a year marked by tragedy. Her life was falling apart: her six-year-old daughter, Charlotte, was suffering from an unidentifiable illness; her marriage transformed from a seemingly happy and loving relationship to one full of betrayal and pain; her job at the dry cleaners was increasingly at risk; and she had lost any ability to trust, to hope, or to believe in herself. Then, on Christmas Day, as she rushed through a blizzard to the nearest 7-Eleven, Beth encountered Matthew, a strikingly handsome, mysterious stranger, who would single-handedly change the course of her life.

Who is this man, and how does he seem to know so much about her? He pursues her relentlessly, and only after she’s fallen deeply in love with him does she learn his incredible secret, changing the world as she knows it, as well as her own destiny.

Praise For Promise Me…

"Another magical novel. . . . The unexpected twist propels the novel forward, making the book impossible to put down. . . . Evans’ many fans will enjoy this inventive, heartwarming tale."
--Booklist