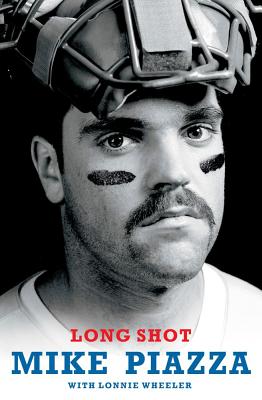 Mike Piazza’s autobiography—the candid story of the greatest hitting catcher in the history of baseball, from his inauspicious draft selection to his Hall of Fame-worthy achievements and the unusual controversies that marked his career.

Mike Piazza was selected by the Los Angeles Dodgers in the 62nd round of the 1988 baseball draft as a “courtesy pick.” The Dodgers never expected him to play for them—or anyone else. Mike had other ideas. Overcoming his detractors, he became the National League rookie of the year in 1993, broke the record for season batting average by a catcher, holds the record for career home runs at his position, and was selected as an All Star twelve times.

Mike was groomed for baseball success by his ambitious, self-made father in Pennsylvania, a classic father-son American-dream story. With the Dodgers, Piazza established himself as baseball’s premier offensive catcher; but the team never seemed willing to recognize him as the franchise player he was. He joined the Mets and led them to the memorable 2000 World Series with their cross-town rivals, the Yankees. Mike tells the story behind his dramatic confrontation with Roger Clemens in that series. He addresses the steroid controversy that hovered around him and Major League Baseball during his time and provides valuable perspective on the subject. Mike also addresses the rumors of being gay and describes the thrill of his game-winning home run on September 21, 2001, the first baseball game played in New York after the 9/11 tragedy. Along the way, he tells terrific stories about teammates and rivals that baseball fans will devour.

Long Shot is written with insight, candor, humor, and charm. It’s surprising and inspiring, one of the great sports autobiographies.

Mike Piazza grew up in Phoenixville, Pennsylvania, and was chosen by the Los Angeles Dodgers in the sixty-second round of the 1988 Major League Baseball amateur draft. He was National League Rookie of the Year in 1993 and was a twelve-time All-Star selection. He holds the record for most home runs by a catcher (396) and held the record for highest batting average in a season by a catcher (.362) until it was recently broken. He lives with his family in Miami Beach, Florida.

Lonnie Wheeler’s numerous books include collaborations on the autobiographies of Hank Aaron (I Had a Hammer), Bob Gibson (Stranger to the Game), Mike Piazza (Long Shot), a baseball dialogue between Gibson and Reggie Jackson (Sixty Feet, Six Inches), and reflections on a summer at Wrigley Field (Bleachers). The author of Intangiball: The Subtle Things That Win Baseball Games, he lives in New Richmond, Ohio.

"Piazza applies the single-minded drive he showed at the plate to making the case for his legacy. . . . [He] is forthright and often quite funny. . . . Mets fans will find insights, if not solace, in Piazza's account of the team's woes."
— Ada Calhoun

"Mr. Piazza has had one of the stranger and more inspiring careers in baseball history. . . . [Long Shot] explain[s] how this non-prospect blossomed into a legendary hitter."
— Tim Marchman