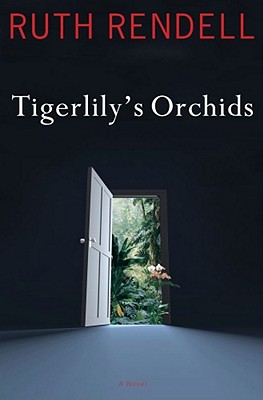 Is it dangerous to know too much about your neighbors? In Tigerlily’s Orchids, Diamond Dagger Award–winning Ruth Rendell has written psychologically thrilling novel about the eccentric inhabitants of a London terrace—about the secrets they keep, and what they will do to hide them.

When Stuart Font decides to throw a housewarming party in his new flat, he invites all the people in his building—three flippant young girls, a lonely spinster, a man with a passion for classical history, and a woman determined to drink herself to death. After some deliberation, he even includes the unpleasant caretaker and his wife. He considered inviting a few other friends, but he definitely does not want his girlfriend, Claudia, in attendance, as he would also have to invite her lawyer husband. As it turns out, the party will be one everyone remembers.

Living in a townhouse opposite Stuart’s building, in reclusive isolation, is a young, beautiful Asian woman known as Tigerlily. As though from some strange urban fairytale, she emerges infrequently to exert a terrible spell. And Stuart’s parents, always worried about their handsome, hopelessly naive, and undermotivated son, have even more cause for concern.

Darkly humorous, piercingly insightful about human behavior, Ruth Rendell, whom People magazine calls “one of the most remarkable novelists of her generation,” has created an extraordinarily compelling story of our lives and crimes.

Praise For Tigerlily's Orchids: A Novel…

“Rendell marshals her large cast of vividly drawn characters with apparent ease, skewering their self-deception and satirizing their pursuit of self-gratification with great skill…. The result is a thrilling exercise.”—The Evening Standard (UK)

"Out of this spider's web of interwoven lives emerges ... a beautifully disguised and manipulated surprise, set amid the jittery background of the restless city."--The Independent (UK)

“Spellbinding…. It's hard to think of another writer in the genre doing this sort of thing so well, and none does it better.”--Washington Post
or
Not Currently Available for Direct Purchase
Copyright © 2020 American Booksellers Association