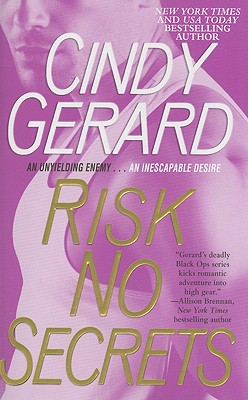 Twelve years of chasing bad guys didn’t erase beautiful Sophie Baylor from Wyatt Savage’s memory. If he had another chance, he’d never let her leave. So when she tracks him down from El Salvador and begs for help, he doesn’t ask questions—he just goes.

STARTS WITH A TERRIFYING THREAT . . .

Sophie is grateful her daughter survived a kidnapping attempt, but she won’t forgive herself until the girl who was mistakenly abducted is safe. Wyatt is the only man brave enough to take on the mysterious terrorists behind the crime—and the one irresistible man she wishes she had never let go.

. . . AND UNLEASHES AN UNFORGETTABLE ADVENTURE.

Sophie knows Central America’s steamy jungles and sticky politics better than anyone. Yet she refuses to hide in fear. Then she becomes the enemy’s number one target. Wyatt lost her once, and he won’t lose her again—even if he has to fight, kill, or die to save her.

Cindy Gerard is the critically acclaimed New York Times and USA Today bestselling author of the wildly popular Black Ops series, the Bodyguards series, and more than thirty contemporary romance novels. Her latest books include the One-Eyed Jacks novels Killing Time, Running Blind, and The Way Home. Her work has won the prestigious RITA Award for Best Romantic Suspense. She and her husband live in the Midwest. Visit her online at CindyGerard.com.
or
Not Currently Available for Direct Purchase
Copyright © 2020 American Booksellers Association