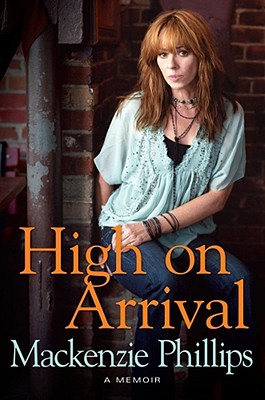 The eldest daughter of John Phillips and stepdaughter of Michelle Phillips, both lead singers of the 1960s band The Mamas and The Papas, Mackenzie Phillips grew up in a wild household, where a typical evening might include rolling joints for her dad or fending off advances by Mick Jagger. Far from idyllic, she describes her parents’ home as “dirty and broken” with “very little going on inside except sex, drugs, and rock and roll.”.

But in spite of the turmoil at home, Mackenzie found success onscreen, becoming famous at age fourteen for her role in the iconic film American Graffiti, which landed her a starring role as Julie Cooper on the hit sitcom One Day at a Time alongside America’s sweetheart Valerie Bertinelli. Even though she seemed to have it all, Mackenzie couldn’t escape the dark secrets and constant drug use at home and began to use herself. Her professional life suffered and she was written out of the show. For the next two decades she battled her drug addiction, going through rehab several times, and managing to stay clean for ten years, until Labor Day 2008, when she landed back in the tabloids for possession of cocaine and heroin at LAX. What led to her relapse is a shocking, life-long secret that she’ll reveal in-depth for the first time here, in High on Arrival ..

Riveting, heart-wrenching, yet ultimately uplifting, Mackenzie’s story is an all-too-real testament to the power of drugs—but it’s also a story of courage, forgiveness, and true redemption. .