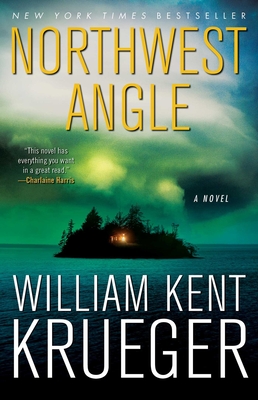 “Krueger's latest Cork O'Connor tale is partly based on a real event - straight-line winds that flattened a great swath of forest in northern Minnesota. This fast-paced thriller leads the reader through a tangled web of secrets that unfolds unpredictably until the satisfying end. The characters are deep and spiritual and the landscape beautiful. Some Native American wisdom adds to the story. If you have not read Krueger's previous novels, this book will have you seeking them out.”
— Kristin Hurlin, The Cottage Book Shop, Glen Arbor, MI
View the List

With his family caught in the crosshairs of a group of brutal killers, detective Cork O’Connor must solve the murder of a young girl in the latest installment of William Kent Krueger’s unforgettable New York Times bestselling series.

During a houseboat vacation on the remote Lake of the Woods, a violent gale sweeps through unexpectedly, stranding Cork and his daughter, Jenny, on a devastated island where the wind has ushered in a force far darker and more deadly than any storm.

Amid the wreckage, Cork and Jenny discover the body of a teenage girl. She wasn’t killed by the storm, however; she’d been bound and tortured before she died. Nearby, underneath a tangle of branches, they also find a baby boy, hungry and dehydrated, but still very much alive. Powerful forces intent on securing the child pursue them to the isolated Northwest Angle, where it’s impossible to tell who among the residents is in league with the devil, but Cork understands that to save his family he must solve the puzzle of this mysterious child whom death follows like a shadow.