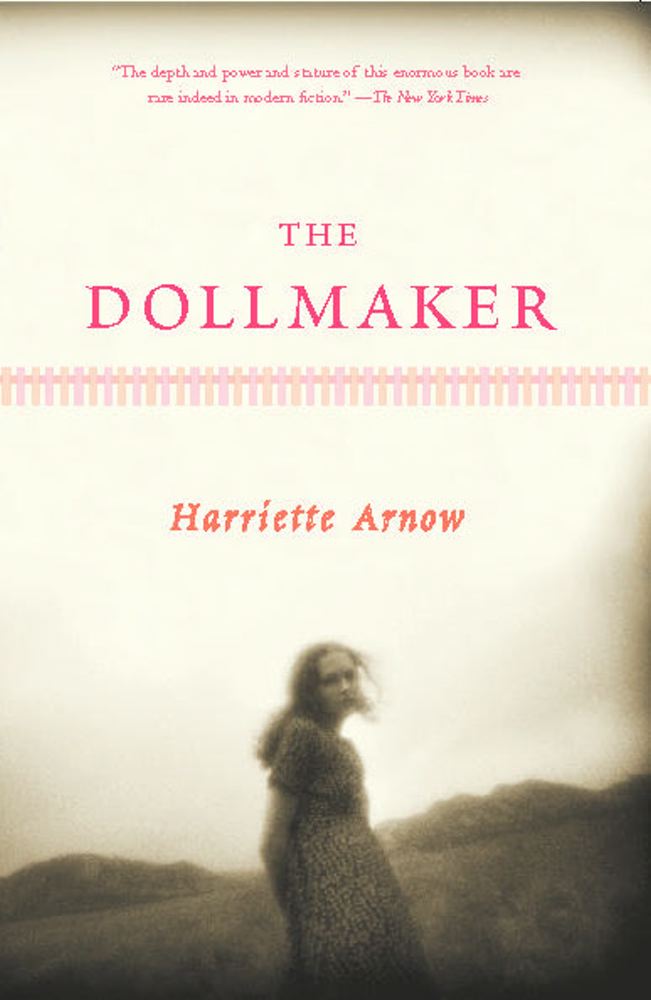 The Dollmaker was originally published in 1954 to immediate success and critical acclaim. In unadorned and powerful prose, Harriette Arnow tells the unforgettable and heartbreaking story of the Nevels family and their quest to preserve their deep-rooted values amidst the turmoil of war and industrialization. When Gertie Nevels, a strong and self-reliant matriarch, follows her husband to Detroit from their countryside home in Kentucky, she learns she will have to fight desperately to keep her family together. A sprawling book full of vividly drawn characters and masterful scenes, The Dollmaker is a passionate tribute to a woman's love for her children and the land.

Praise For The Dollmaker…

"The depth and power and stature of this enormous book are rare indeed in modern fiction." -- The New York Times

"The Dollmaker has vividness and terrific reality. It is a book to make one think...a story of the strength of the human heart against bitter odds....Deeply sincere and moving." -- Chicago Tribune

"The Dollmaker's depiction of family life -- the entangled bonds between parents and children, brothers and sisters -- is unparalleled in modern fiction." -- The Georgia Review

Harriette Arnow was born in Wayne County, Kentucky in 1908. From her father, a former teacher who later worked in factories and oil fields, and her mother, also a teacher, Arnow inherited the rich storytelling tradition that inspired much of her written work.  She published her first short stories in 1935 under the pseudonym H.L. Simpson alongside a photograph of her brother-in-law to disguise her gender. Her acclaimed novels, Mountain Path, Hunter’s Horn and The Dollmaker, the last considered her masterpiece and a landmark of American fiction.  She died in 1986 at age seventy-seven.
Loading...
or support indie stores by buying on