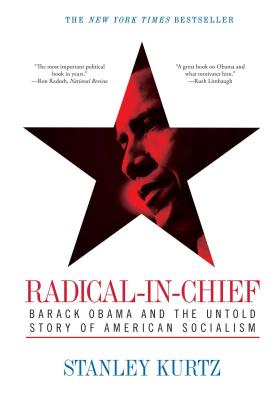 Barack Obama and the Untold Story of American Socialism

An in-depth examination of President Barack Obama and his policies by veteran journalist and political commentator Stanley Kurtz.

How well do we really understand Barack Obama’s vision for our country?

In this controversial New York Times bestseller, veteran journalist and commentator Stanley Kurtz presents an exhaustively researched exposé of President Obama’s biggest secret—the socialist convictions and tactical ruthlessness he has long swept under the rug. Culling together two years of investigations from archives and never-before-tapped sources, Kurtz makes an in-depth exploration of the president’s connections to radical groups, explains how modern “stealth” socialism continues to influence the Democratic Party, and proves that Obama’s youthful infatuation with socialism was not just a phase. Those ideas have shaped his political views and set the groundwork for the long-term strategy of his administration. Eventually, in Obama’s hands, capitalist America could come to resemble a socialist-inspired Scandinavian welfare state.

The fears of Obama’s harshest critics are justified: our Commander-in-Chief is a Radical-in-Chief. Now that we know the truth, what does it mean for our future?

Stanley Kurtz is a Senior Fellow at the Ethics and Public Policy Center, as well as a contributing editor for National Review Online. He has also written for National Review, The Weekly Standard, The Wall Street Journal, Policy Review, and Commentary.
Loading...
or support indie stores by buying on