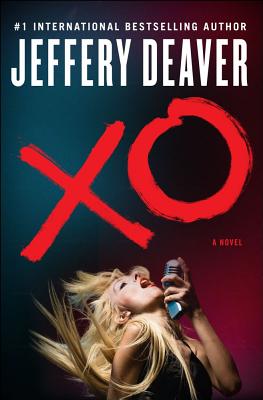 COUNTRY-POP INGÉNUE Kayleigh Towne’s career is just reaching new heights with her huge hit single “Your Shadow”—but increased fame is also bringing unwanted attention. An innocent exchange with one of her fans, signed with an “XO,” leads Kayleigh into the dangerous and terrifying realm of obsession.

Edwin Sharp thinks Kayleigh’s songs contain messages that speak directly to him. Despite her clear rejection and threats from lawyers and law enforcers, he remains convinced that “Your Shadow” was written just for him, and he announces he’s coming for Kayleigh. Then a potentially fatal accident occurs at the concert hall where Kayleigh is rehearsing for a triumphant hometown performance, and she is convinced that someone—maybe Edwin—was there watching her from the darkness.

True to his word, Edwin Sharp soon makes an ominous appearance in town, and California Bureau of Investigation Agent Kathryn Dance, a friend and fan of Kayleigh’s on vacation in Fresno to attend the show, intervenes on her behalf, drawing Sharp’s frightening attention to herself. That night a member of the road crew whom Kayleigh had once dated is murdered in an eerie echo of an image from her chart-topping song. As more deaths loom on the horizon, Kathryn Dance must use her considerable skills at investigation and body-language analysis to stop the stalker and save more innocent victims. But before long she learns that, like many celebrities, Kayleigh has more than one fan with a mission . . .

This nail-biting thriller from suspense master Jeffery Deaver speeds along over just three short days, filled with terrifying twists that will keep readers held in rapt suspense until the final shocking revelation.

“Deaver is a master of manipulation. XO delivers more twists than a bag of pretzels, and just when readers believe they have everything figured out, another surprise awaits them.”—Associated Press

“In his new thriller, XO, Jeffery Deaver gives his readers triple or quadruple their money, with more twists, turns, and doglegs than an East Tennessee back road. . . . Just when you think you’ve finally hit the straightaway in XO, there’s another series of hairpins in your path.”—Knoxville News-Sentinel

“In XO, Deaver challenges the reader, entertains the reader, and satisfies the reader. If every successful book is a notch on his computer he has just added one more mark.”—HuffingtonPost.com

“Sharply drawn characters, fully realized protagonists, and unexpected plot twists will keep readers guessing until the very last page. Deaver is one of this country’s most popular writers and he proves with his latest book that he is at the top of his game.”—TucsonCitizen.com

“Fans of Deaver’s celebrated sleuthing marathons will wait with bated breath as this onion is peeled to disclose multiple layers of deception, betrayal and triple crosses.”—Kirkus Reviews

“Written with Deaver’s usual keen eye for dialogue and character and featuring his customary right-angle plot twists, the novel will be a sure-fire hit with not only his legion of fans but also with readers who have yet to sample a Deaver novel. And Deaver fans who have felt that the Dance novels aren’t quite as sharp as his Lincoln Rhyme series might have to think again. This may be the most compelling of the Dance books.”—Booklist