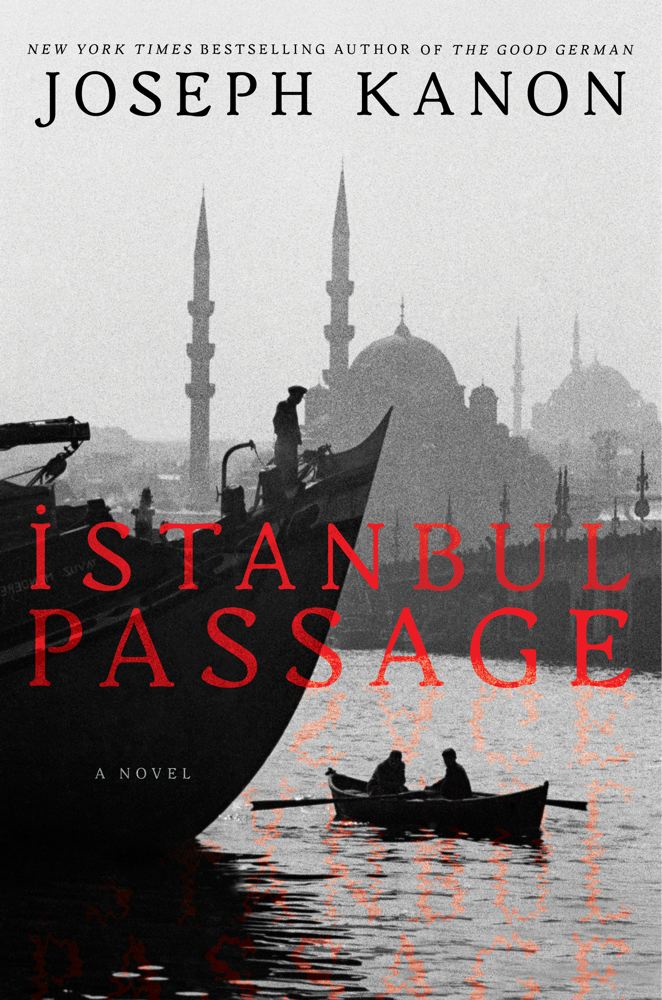 A neutral city straddling Europe and Asia, Istanbul survived the Second World War as a magnet for refugees and spies, trafficking in secrets and lies rather than soldiers. Expatriate American businessman Leon Bauer was drawn into this shadow world, doing undercover odd jobs and courier runs in support of the Allied war effort.

Now, as the espionage community begins to pack up and an apprehensive city prepares for the grim realities of postwar life, Leon is given one last routine assignment. But when the job goes fatally wrong—an exchange of gunfire, a body left in the street, a potential war criminal on his hands—Leon is plunged into a tangle of intrigue, shifting loyalties, and moral uncertainty.
Played out against the bazaars and mosques and faded mansions of this knowing, ancient Ottoman city, Leon’s conflicted attempt to save one life leads to a desperate manhunt that ultimately threatens his own survival. How do you do the right thing when there are only bad choices to be made?

Rich with atmosphere and period detail, Istanbul Passage is the haunting story of a man swept up in the dawn of the Cold War, of an unexpected love affair, and of a city as deceptive as the calm surface waters of the Bosphorus that divides it.

Praise For Istanbul Passage: A Novel…

"Istanbul Passage is a first-rate espionage novel, filled with complexity and thrills, but its greatest success may be in this much more universal literary exploration: how an ordinary man is transformed by extraordinary circumstances."
— Chris Pavone, New York Times bestselling author of The Expats, in Publishers Weekly

"Istanbul Passage bristles with authenticity. Joseph Kanon has a unique and admirable talent: he brilliantly marries suspense and historical fact, wrapping them around a core of pure human drama, while making it seem effortless. This isn't just talent; it's magic.”
— Olen Steinhauer, New York Times bestselling author of The Tourist

"With dialogue that can go off like gunfire and a streak of nostalgia that feels timeless, this book takes its place among espionage novels as an instant classic."
--Kirkus Reviews (Starred Review)

“A masterful work that is as gripping as it is intelligent.”

"Reminiscent of the works of Graham Greene."
— Alexander McCall Smith

Joseph Kanon is the Edgar Award–winning author of Defectors, Leaving Berlin, Istanbul Passage, Los Alamos, The Prodigal Spy, Alibi, Stardust, and The Good German, which was made into a major motion picture starring George Clooney and Cate Blanchett. He lives in New York City.