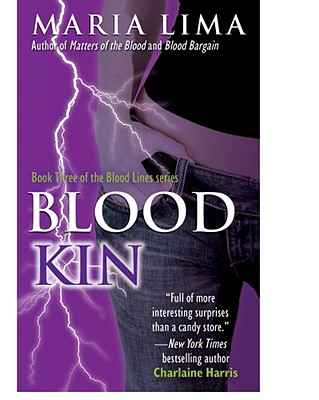 The perils of power...

Keira Kelly has come into her full powers, and they are frighteningly strong, creating a distance between her and her human friends in her beloved Rio Seco. It is time to obey her great-great-grandmother Gigi's orders and rejoin her family in northwest Canada, where Keira can learn to handle her dangerous new skills. She'll have friends with her every step of the way -- her shapeshifter brother Tucker, his beloved Niko, and, to Keira's dismay, her cousin on her mother's side, Daffyd ap Geraint, the Sidhe prince who suddenly appeared in her life and now refuses to leave -- but her vampire lover Adam has insisted on staying in Texas. And while there are certainly perks to being Family, such as a private Learjet for the flight to Canada and a fabulous penthouse condo overlooking Vancouver, there are threats looming that nobody, not even Gigi, anticipated. Keira's Sidhe inheritance from her mother is far more important than anyone ever realized, and the fate of the Family may depend upon what she does next....

Sometime before the Revolution, Maria Lima was born in Matanzas, Cuba, to a family of voracious readers and would-be writers. After her family emigrated to the United States, Maria discovered the magic of books. She started writing her own stories and has been at it ever since. Her writing turned corporate as she used her journalism degree and cranked out marketing copy, feature stories and book reviews. The fiction muse kept calling and in the spring of 2005, was finally fed as Maria's first published short story, "The Butler Didn't Do It" was published in Chesapeake Crimes I and garnered an Agatha Award nomination for Best Short Story. Maria spends most of her days working as a Senior Web Project Manager in the DC area. Her evenings and weekends are spent writing.
or
Not Currently Available for Direct Purchase