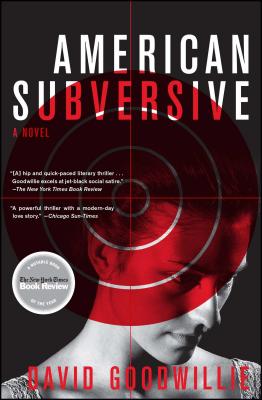 Aidan Cole and his friends are a band of savvy—if cynical—New York journalists and bloggers, thriving at the intersection of media and celebrity. They meet at loft parties and dive bars, talking of scoops and page views, sexual adventures and new restaurants. And then, without warning, a bomb rips through a deserted midtown office tower, and Aidan’s life will never be the same.

Four days later, with no arrests and a city on edge, an anonymous e-mail arrives in Aidan’s inbox. Attached is the photograph of an attractive young white woman, along with a chilling message: “This is Paige Roderick. She’s the one responsible.”

An astonishing debut novel, American Subversive is a “genuinely thrilling thriller” (NewYorker.com) as well as “an exploration of what motivates radicalism in an age of disillusion” (The New York Times Book Review).

Praise For American Subversive: A Novel…

“A triumphant work of fiction.”—Associated Press

“A rare novel that gets the moment even as we’re living it… A fast-paced, engaging novel of pop-culture and big ideas, authentically subversive, and thoroughly American.”—The Daily Beast

“[A] smart, edgy, suspenseful first novel… Goodwillie evokes life underground like a master--the tradecraft, the fraught group dynamics, the combination of discipline and paranoia, the longing for normality.”—Kirkus

David Goodwillie is the author of the novels Kings County, American Subversive, a New York Times Notable Book of the Year, and the memoir Seemed Like a Good Idea at the Time. Goodwillie has written for the New York Times, New York magazine, and Newsweek, among other publications. He has also been drafted to play professional baseball, worked as a private investigator, and was an expert at Sotheby’s auction house. A graduate of Kenyon College, he lives in Brooklyn.
Loading...
or support indie stores by buying on