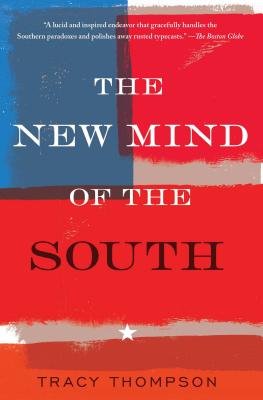 The New Mind of the South

In this “knowing and sensitive book” (Walter Isaacson, author of Steve Jobs), Pulitzer Prize–finalist Tracy Thompson upends stereotypes and fallacies to reveal the true heart of the American South today.

Investigative journalist Tracy Thompson spent years traveling throughout the South and discovered a place both amazingly similar to and radically different from the land she knew as a child. African Americans who left en masse for much of the twentieth century are returning in huge numbers, drawn back by a mix of ambition, family ties, and cultural memory. Though Southerners remain more churchgoing than other Americans, the evan­gelical Protestantism that defined Southern culture through the 1960s has been torn by bitter ideological schisms. Drawing on mountains of data, interviews, and a whole new set of historic archives, Thompson reveals the true character of a region still misunderstood by outsiders and even by its own people.

Tracy Thompson is a reporter and essayist who has written about subjects ranging from psychiatry to law to the Civil War. She is the author of The Beast: A Reckoning with Depression and The Ghost in the House. She lives just outside Washington, DC, with her husband, their two daughters, one tabby cat, and an enthusiastic beagle named Max.
Loading...
or
Not Currently Available for Direct Purchase